Buck Curran is a wee bit obsessed with sound. And music lovers, from guitar players to psych-folk aficionados, are the beneficiaries.

I’ve not yet held or played one of Curran’s handcrafted Butterfly or OM guitars. But when he talks about his concerns as a luthier (he worked with Dana Bourgeois at Pantheon Guitars), you can feel his commitment to achieving ideal tones. His passion for red spruce and rosewood is equaled by the meticulous effort he puts into writing and playing music, and making sure it sounds exquisite when recorded and played back through a stereo. 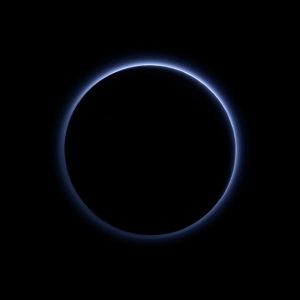 Curran released his debut solo album, Immortal Light, on CD back in July of 2016, around the same time as Basket Full of Dragons, the multi-artist Robbie Basho tribute he produced, but it was worth waiting for its mesmerizing seven tracks to come out on a vinyl LP, through a collaboration between his own label, Obsolete Recordings, and ESP-DISK.

Curran’s music is a personalized, cinematic amalgam of era- and globe-spanning psychedelic styles, from American Primitive fingerstyle guitar, Celtic folk, the spaciest prog-rock, and 21st-century freak-folk to trance and drone music, Indian ragas, and kirtan. It was first heard through his Maine-based duo with longtime partner and then-wife Shanti Deschaine. Arborea produced five absorbing albums and set the scene for Immortal Light. Deschaine contributed a lead vocal and harmonium on the new recording’s title track and backing vocals on two other pieces. Otherwise, Curran creates his spacious, slowly transmuting music by himself, multi-tracking acoustic and electric guitars, harmonium, flute, and banjo, singing through the ethereal fog on the songs “New Moontide,” “Seven Gardens to Your Shore,” and a timely cover of John Fogerty’s “Bad Moon Rising.”

As a guitarist, Curran downplays virtuosity and keeps flash at bay. He favors slow deliberation, eschews shredding, and doesn’t dazzle with single-note runs through scales like white-water rapids. His multilayered arrangements drift and evolve, like clouds changing shape. They are tinged with melancholy and yearning. Curran’s passion for guitar was stoked early on by John Williams, Bireli Lagrene, and Paco de Lucia, and the later influence of Basho and early Martin Simpson remains indelible, especially on the fingerstyle acoustic guitar tracks. But I’m more reminded of early King Crimson ballads (such as “Moonchild” and “Cadence and Cascade”), the Brian Eno minimalism of “Spirits Drifting,” and the post–New Age soundscapes of Robert Rich. Some of his compositions and improvisations are the musical equivalent of paintings by Mark Rothko, Morris Louis, or Agnes Martin.

Lyrics are sung in simple melodies like chants (or literally become chants) and gain impact through repetition, even if the mysticism and animist imagery border on abstruse: “Swimming in the new moontide,” “Seven seas, seven gardens to your shore,” “Love of the sea, green silver blue / Immortal sleep, return with the tide / Waters rise, waters heal / Om mani padme hum.” And through Curran’s filter, a rocker like “Bad Moon Rising” becomes a meditation. And the album can be played as comforting mood music or be the object of close attention and mindful listening.

The CD version of Immortal Light is a beautiful thing—acoustic guitar notes crisp, spaces well defined, overall sonics crystal clear. But the vinyl edition is a revelation—palpably warmer, the edges of digital reproduction rounded off, the overtones fuller and richer, and the soundstage expanding in all directions to create an immersive listening experience in which it is easier to, perhaps impossible not to, become part of the music. Here’s hoping Buck does not stop here.