Taylor Guitars is pleased to announce the promotion of Andy Powers to the roles of President and CEO at Taylor. Powers will also continue to lead Taylor’s guitar development, assuming the new title of Chief Guitar Designer, President and CEO. 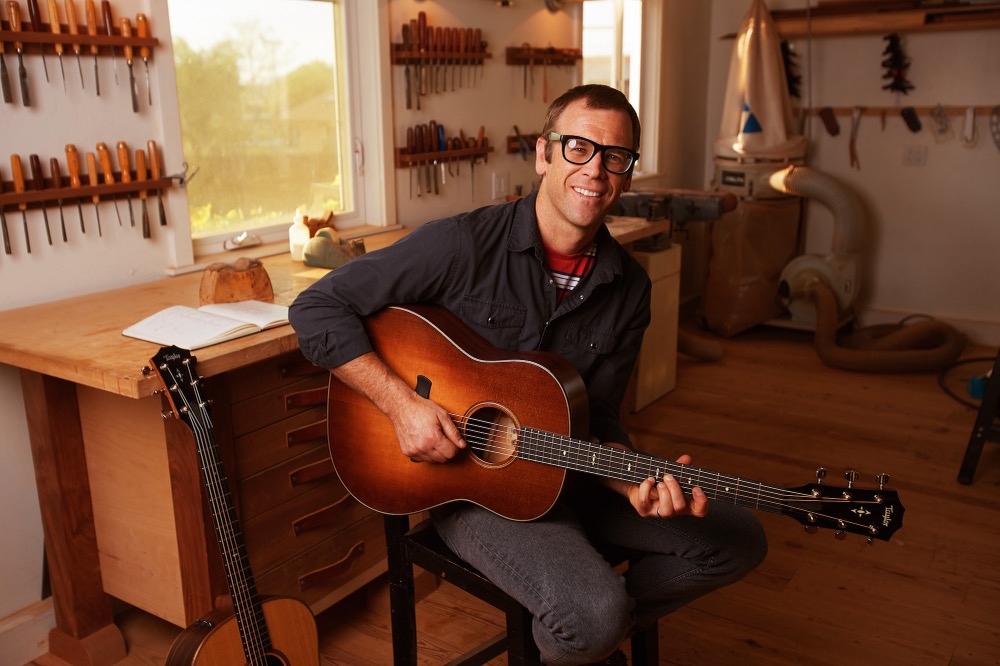 Taylor co-founders Bob Taylor and Kurt Listug made the announcement to the company’s employee-owners on Monday, May 30, along with Powers, in a video message. Powers steps into the new roles immediately. “When Bob and I started thinking about our succession many years ago, Bob was very clear that we needed a guitar maker at the helm of the company,” Listug said during the announcement. “He was adamant he didn’t want to leave the leadership of the company in the hands of people who didn’t know how to design and make guitars.” Since his hiring by Bob Taylor in 2011 as master guitar designer and Bob’s heir apparent, Powers has steadily advanced the state of guitar making at Taylor, revoicing virtually the entire Taylor line and expanding the sonic palette of Taylor’s guitar offerings. Powers has introduced many innovative, tone-enhancing designs, from Taylor’s V-Class bracing architecture to new body styles such as the Grand Pacific and Grand Theater, to the company’s ultra-premium Builder’s Edition collection. Powers’ designs have consistently earned accolades from guitar reviewers. “It’s been amazing — but not surprising — to see how the guitar world has embraced Andy as a guitar designer,” Bob Taylor said. “People love the guitars he’s putting out into the world.”

Powers was named an ownership partner in 2018, a reflection of Bob and Kurt’s desire to keep guitar making as a central focus at Taylor for the long-term future. That commitment was further reinforced when the company announced its transition to 100-percent employee ownership in 2021, a move that Bob, Kurt and Andy all felt was the best arrangement to preserve the culture of creativity and guitar innovation that has fueled Taylor’s growth and success. Powers’ creative vision, award-winning designs and proven leadership at Taylor, along with his career commitment to the company, were important factors in that decision, giving Bob and Kurt the confidence to choose that path forward. “Andy has the vision and the talent to continue to take guitar making forward at Taylor,” Bob said. “He’s vital to the company’s future.”

While Powers’ role as Taylor’s next-generation guitar architect was self-evident from the start, Listug, formerly Taylor’s CEO, emphasized that Powers has also been immersed in the other aspects of Taylor’s business operations and executive management during his tenure. “Andy has worked closely with sales, marketing, finance, human resources — all the departments under my leadership — since he joined us in 2011, and he understands their functions deeply,” he said. “Additionally, I’ve spent the past several years mentoring Andy on financial budgeting, reviewing financial statements, and other aspects of our business management, and he has a thorough understanding of the company’s finances.”

Bob and Kurt reiterated that they are not retiring, and will now each serve as senior advisors and co-chairmen of the Taylor Guitars board, which was established as part of the company’s transition to 100-percent employee ownership. “Kurt and I love being here, and we love this transition,” Bob said. “It’s a beautiful time for us, and it helps everybody ease into the future. Andy has our full support, and we’ve got a great executive team and an incredible group of employee-owners working with him.”

Powers expressed his gratitude to Bob and Kurt for the opportunity to lead the company into the future. “It’s an honor to step into this new role,” Powers said. “It’s been a real thrill to be part of this amazing company, now fully employee-owned, and continue advancing according to our original purpose — which is building great guitars, putting them into the hands of musicians and offering something of value to them.”