Every since winning the 1991 Walnut Valley Mandolin Championship at Winfield, Kansas, as a youngster, Matt Flinner has been a superstar in the mandolin world. A brilliant player, composer, bandleader, teacher, and transcriber, Flinner’s solo records and work with Phillips, Grier, Flinner stand as pinnacles of modern mandolin brilliance. His latest release, Traveling Roots, with his exceptional trio (guitarist Ross Martin and bassist Eric Thorin) takes his pioneering spirit in new directions. The recording features the exquisitely tight interplay Flinner has forged over many years of touring and recording with Martin and Thorin, both of whom share composing duties with Flinner. 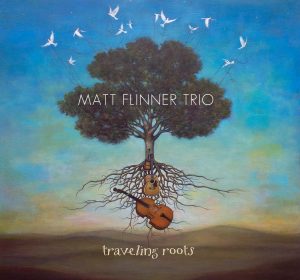