Danny Barnes had fallen off my radar for a while. Maybe he never was on yours. But I suspect most Pegheads (Pegheaders?) have come across the Texas-bred, Seattle-area-based eccentric’s music sometime in the past 25 or so years, especially if you play banjo. 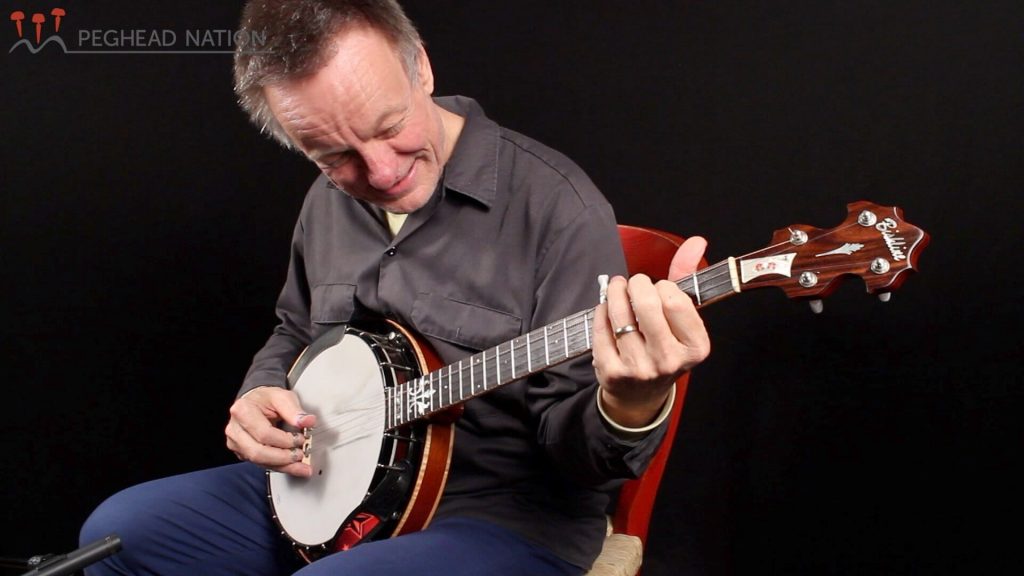 For me, it was the indie bluegrass- and punk-fueled but ultimately genre-defying band the Bad Livers that drew my ear to Barnes in the 1990s. In that trio, quite the sensation in Austin and its concentric alt-country circles, Barnes sang lead and played banjo, guitar, resonator guitar, harmonica, and percussion, and cofounder Mark Rubin defined the bottom end on string bass and tuba. They were joined in some iterations by fiddler/accordionist Ralph White III and mandolinist/guitarist Bob Grant. Their albums for the Quarterstick and Sugar Hill labels, such as Horses in the Mines and Hogs on the Highway, epitomized a certain wild, experimental aesthetic while sounding like nobody else’s records.

I always appreciated Barnes’ maniacal and obsessive approach to his art, and followed his solo career through such recordings and projects as Danny Barnes & Thee Old Codgers’ Things I Done Wrong (produced by Wayne Horvitz), Dirt on the Angel (with Bill Frisell, Darol Anger, Chuck Leavell, and Amy Denio aboard), and The Willies (Frisell’s trio with Barnes and bassist Keith Lowe). But I didn’t really keep up with his research and development of what he called “barnyard electronics,” which incorporated sampling, processing, and a self-built computer program.

And I certainly didn’t see Stove Up coming.

But a couple of months ago, I got a message from Barnes, out of the blue, asking if I’d give his new album a listen and maybe plug his February gig at the Back Room in Berkeley, CA. “It’s my first all-acoustic bluegrass banjo record,” he wrote, and, indeed, Stove Up is Barnes’ most straight-forward, traditional-sounding collection of songs to date (no Dave Matthews guest appearances). Its 17 briskly moving tracks include public domain tunes (“John Hardy,” “Bill Cheatum,” “Paddy on the Turnpike”), three originals, and pieces played in tribute to such heroes as Eddie Shelton, Leon McAuliffe, Grandpa Jones, and Earl Scruggs. Most telling, and directly tied to the CD title, are the tunes associated with banjo great Don Stover, including his signature instrumental, “Black Diamond,” his furious “Rockwood Deer Chase,” and the trad “Ole Liza Jane.”

I always appreciated Barnes as a fine banjo player who used the instrument as vehicle for quirky self-expression and exploration. In 2015, he won the Steve Martin Prize for Excellence in Banjo and Bluegrass. This collection, dominated by instrumentals, not only highlights his debt to Stover but showcases his often jaw-dropping five-string virtuosity in the brilliant company of mandolinist Chris Henry, fiddler Jason Carter, bassist Mike Bub, and guitarist Nick Forster, the Hot Rize veteran, who produced the recording.

Barnes has been known to transmute songs by the Faces, T. Rex, and Beck, but the only cover here is the Rolling Stones “Factory Girl,” which Barnes sings in his reedy Levon Helm–meets–Jorma Kaukonen twang and makes sound like a bluegrass standard from the 1950s. In his liner notes, Barnes writes about “certain records that you get your hands on, that are like messages from beyond, from a world of truth and beauty, totally unlike the material world,” citing John Hartford’s Aeroplane, the Stones’ Beggar’s Banquet, Lee “Scratch” Perry’s Super Ape, and T-Rex’s Tanx. For the purposes of this project, most pertinent is his inclusion of Don Stover’s Things in Life. Stove Up does Barnes’ idol proud and will make Barnes-believers of anyone who tunes in.