San Francisco guitarist Rik Elswit spent 15 years playing with Dr. Hook and the Medicine Show during the 1970s and ’80s, touring the world with the band, and appearing on several of its albums. He now plays in several Bay Area bands and teaches at Bananas at Large, a music store in San Rafael, California.

Having fallen in love with Huss and Dalton guitars during a visit to Seattle, Washington’s Dusty Strings, Rik was instrumental in Bananas at Large becoming a dealer for the Virginia-based company. Last July, he fell in love with a new Huss and Dalton TD-R model that had come into the store and posted a picture of the guitar on his Facebook feed, adding mostly as a joke, “Just a reminder that my birthday’s coming up a week from tomorrow.” Much to his surprise, the post got the attention of Dr. Hook lead vocalist Dennis Locorriere, who now lives in England, and who Rik hadn’t seen since the band broke up in 1985. Amazingly, Dennis called Bananas at Large and arranged to buy the guitar for Rik.

The TD-R is part of Huss and Dalton’s Traditional Series. It is built with a thermo-cured red (Adirondack) spruce top and Indian rosewood back and sides, and all the woods used in the guitar’s construction are first-rate in terms of quality and appearance. The TD-R has a slightly wider neck than most vintage dreadnoughts. In this video. Rik starts out flatpicking the guitar, relays the unlikely story of how the instrument became his, and closes by playing it fingerstyle. 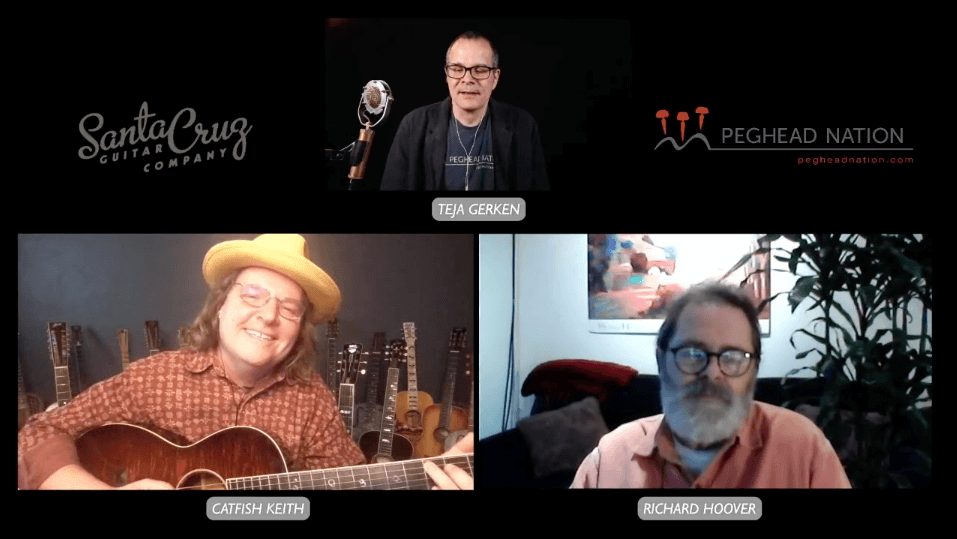